Bruder Toys began trading in 1926 and now ranks amongst the biggest privately-owned toy makers in the world.

Today the Bruder plant employs over 350 people and is located in the small Southern German town of Burgfarnbach. Bruder use the very latest computer aided design techniques, state of the art machinery and even robotics to ensure that the whole manufacturing process is carried out in-house.

The Bruder company slogan is ‘just like the real thing’. The philosophy of the company is to produce vehicles with realistic mechanical functions. Bruder believe that the realism of their toys gives more enduring play value. 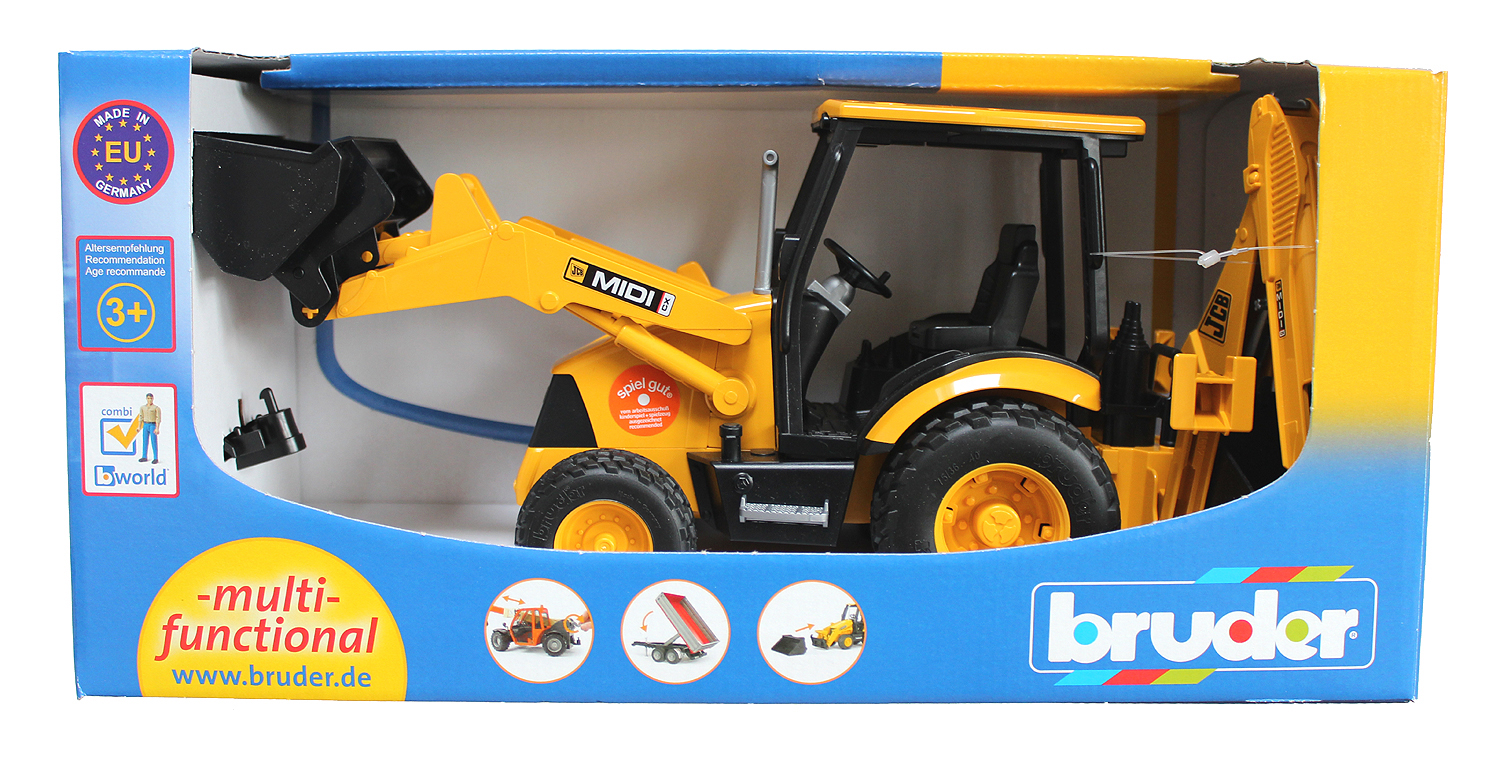 Bruder toys have enormous strength and playability coupled with the precise detailing and working functions you would expect to find in a scale model. The plastics used in Bruder toys are the same as those used in car manufacturing.

Many Bruder vehicles also come with a range of accessories. Reassuringly, the Pro and Roadmax Series even have their own ranges of spare parts should replacements ever be needed.

Bruder has a well-earned reputation for quality and precision, making their diggers and excavators highly prized amongst collectors and kids alike.