Some of the best toy diggers are really tractors with a front loader attached, but that doesn’t mean we love them any less!

The first farm tractors used steam power and were introduced in the 1860s.

Early in the nineteenth century the gas traction engine became known simply as the tractor. In 1907 Henry Ford began manufacturing tractors and shortly after their use in farming became widespread.

Early boxed examples of vintage toy tractors, such as those made by Dinky, are now highly sought after.

Today some of the best farm digger and tractor toy scale models are made by top international toy manufacturers Siku, Tomy’s Britain’s and Bruder Toys.

Many toy tractors come with digger attachments plus a range of accessories and trailers for hours of tractor fun. Some tractors feature both a front loader and a backhoe, making them diggers in all but name.

The three most widely used types of digger found in use on farms, other than the tractor with a front loader attachment, are the wheeled loader, the loadall or telehandler and the backhoe loader.

Perhaps the biggest and best known name in farm diggers is John Deere. But you can find licensed farm toys from most top tractor manufacturers including Case, Renault, McCormick, New Holland and Massey Ferguson.

In their distinctive green livery, John Deere digger toys are arguably the most sought after by budding farmers and farm digger enthusiasts alike. 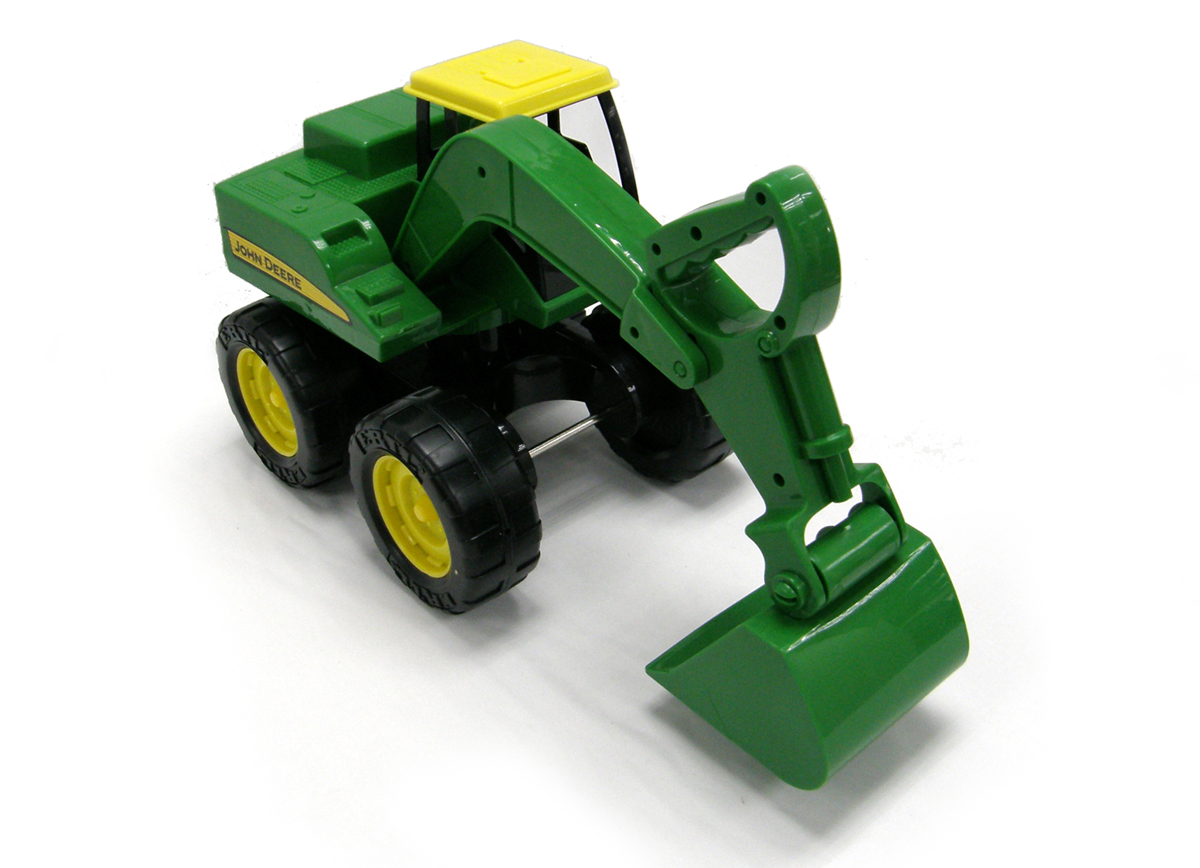