The Siku Liebherr Hydraulic Excavator is a 1:87 scale die-cast model. 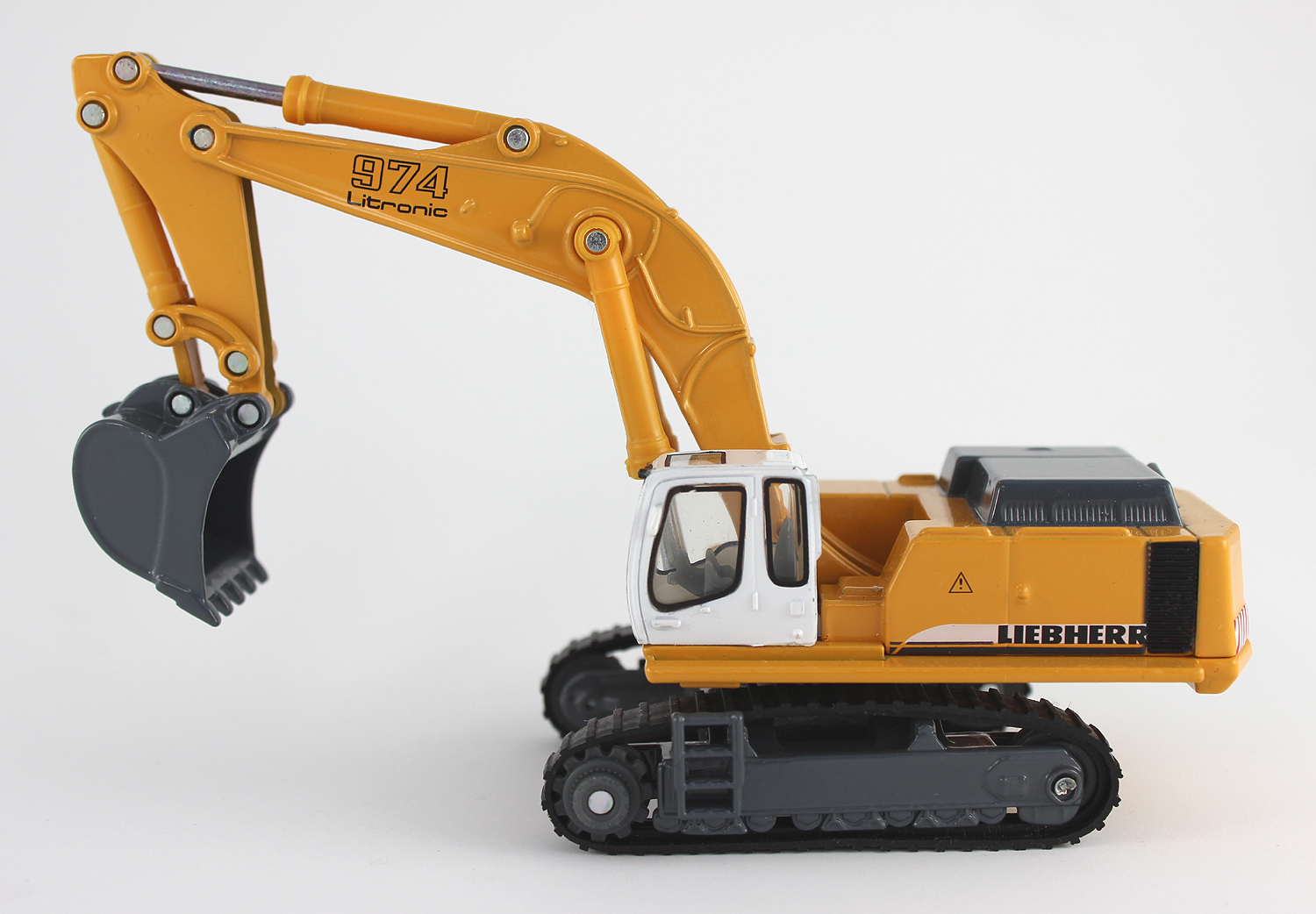 Siku, founded in 1921, export toy diggers and vehicles to over 60 countries around the world. This toy excavator is licensed by Liebherr.

Liebherr, a multinational construction machinery manufacturer, was founded in 1949 by Hans Liebherr and is today still a family-owned enterprise. Perhaps best-known for their cranes, Liebherr make a range of wheeled and tracked excavators. 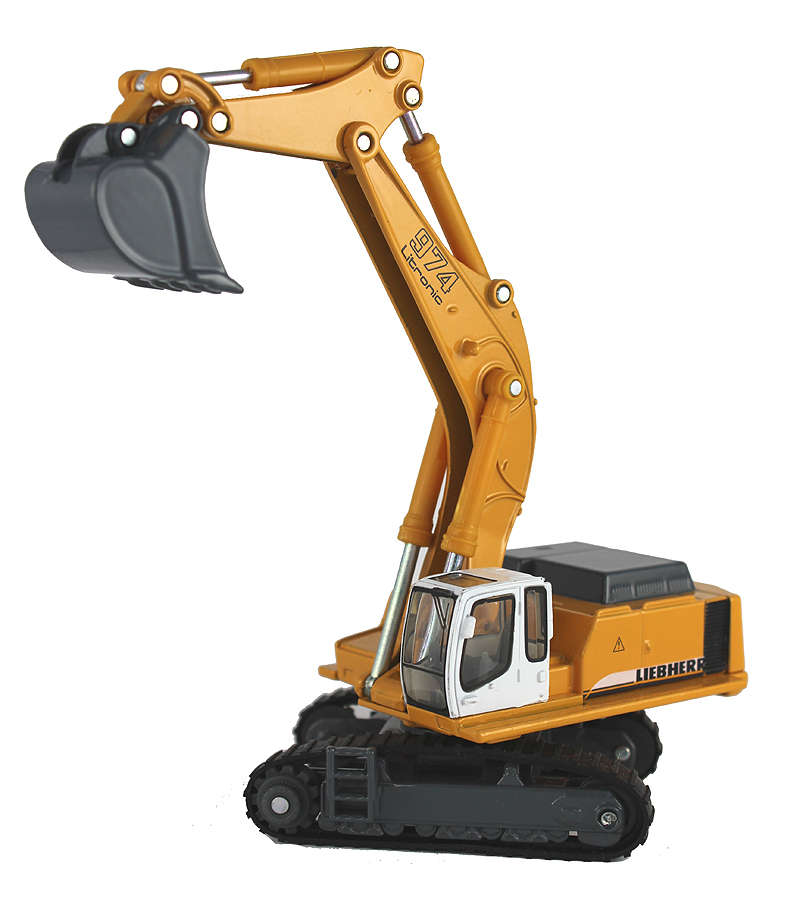 The Liebherr 974 Litronic, on which the Siku model is based, has a wide range of uses including demolition. It can be supplied with special attachments such as a long-reach demolition jib and concrete cutter arm. The real Liebherr 974 Excavator weighs in at an incredible 132 tonnes.

The windows in the cab are plastic but with metal frames and the tracks are made of rubber. The tracks turn when the excavator is pushed along.

The Liebherr 974 is a very sturdy toy digger with a good range of movement. The cab swivels through 360 degrees. The boom, excavator arm and bucket all pivot satisfactorily and, importantly, easily maintain whatever position they are put in.

For display purposes, this excavator has an accurate level of detail and, in common with all Siku models, a fine paint application which really brings out the styling. 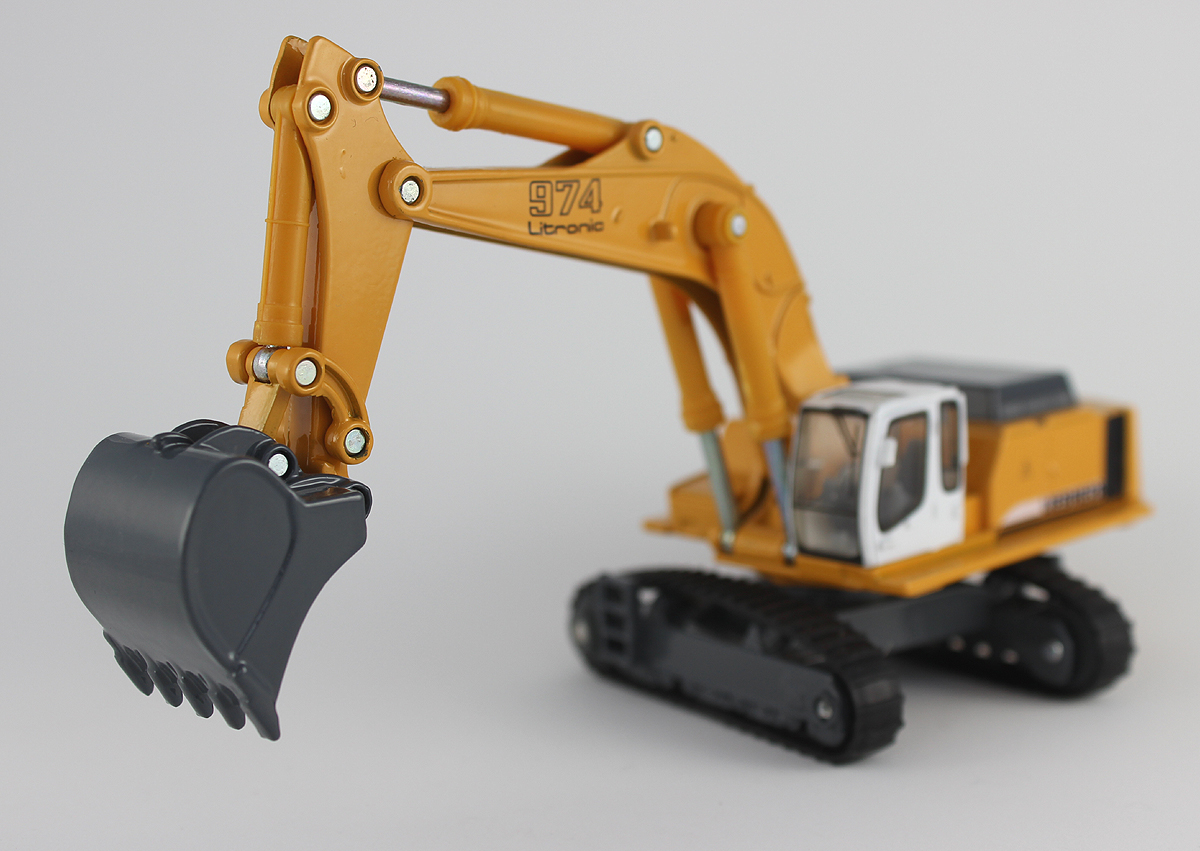 In terms of playability, the Siku Liebherr Excavator toy would sit very well alongside most other smaller scale cars and construction vehicles and would be a very good addition to any sandbox or back garden building site.