Siku die-cast digger toys are world renowned for their outstanding quality and attention to detail. 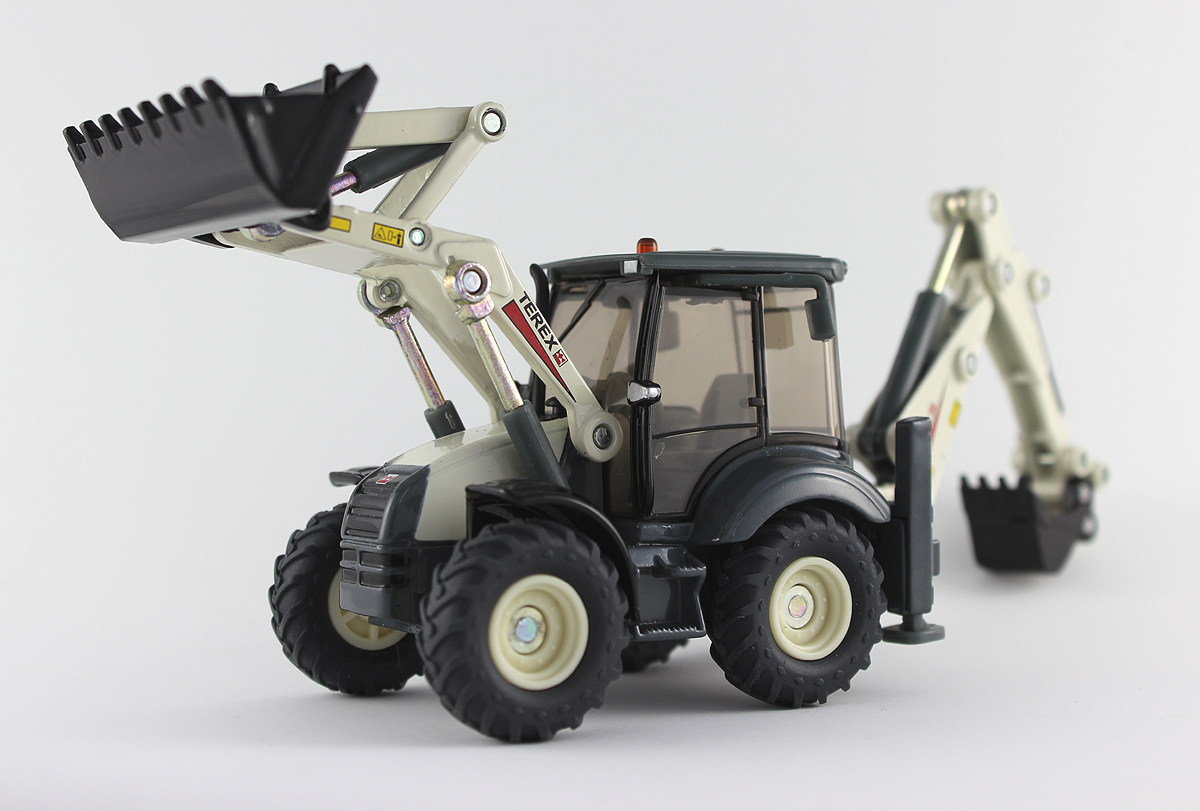 Siku toys is a brand of the multi-national Sieper Group, founded in 1921.

Today, Sieper is still a traditional family owned enterprise but with state-of-the-art toy manufacturing facilities in Germany as well as throughout Europe and Asia.

Siku manufacture a range of toy diggers in a variety of scales including the detailed 1:50 scale and the popular pocket money sized 1:87 scale.

A notable feature of Siku diggers is their robust construction. In the early days the company used plastic, but since 1963 Siku have manufactured their die-cast toys from a durable zinc alloy.

Also remarkable are the many added features on every model. Siku toy diggers have realistic moving parts such as blades, buckets and stabilisers.

Siku digger toys, with their accuracy and detail, not only make superb display pieces, but also, with their many moving parts, offer good playability.

Britains has a long heritage of producing classic farm toys and vehicles, including a variety of diggers and excavators.

Though the now highly collectable Britains Home Farm range was launched by Britains Limited in 1921, the firm in fact began trading as early as 1893 making toy soldiers from lead under the name of its founder William Britains.

Following a shift to war production during WWII, Britains launched its first farm tractor in 1948. The Fordson Major tractor was cast in lead and available with metal or rubber tyres. In the 1950s Britains began to manufacture more plastic toys.

In the 60s the UK toy company began producing Massey Ferguson tractors. The original and long-held philosophy of the UK based Britains toys was to make only models and toys of vehicles made in Britain.

In 1970 Britains released their first toy JCB digger toy. The JCB tracked excavator was a typically detailed scale model made of plastic and metal parts. 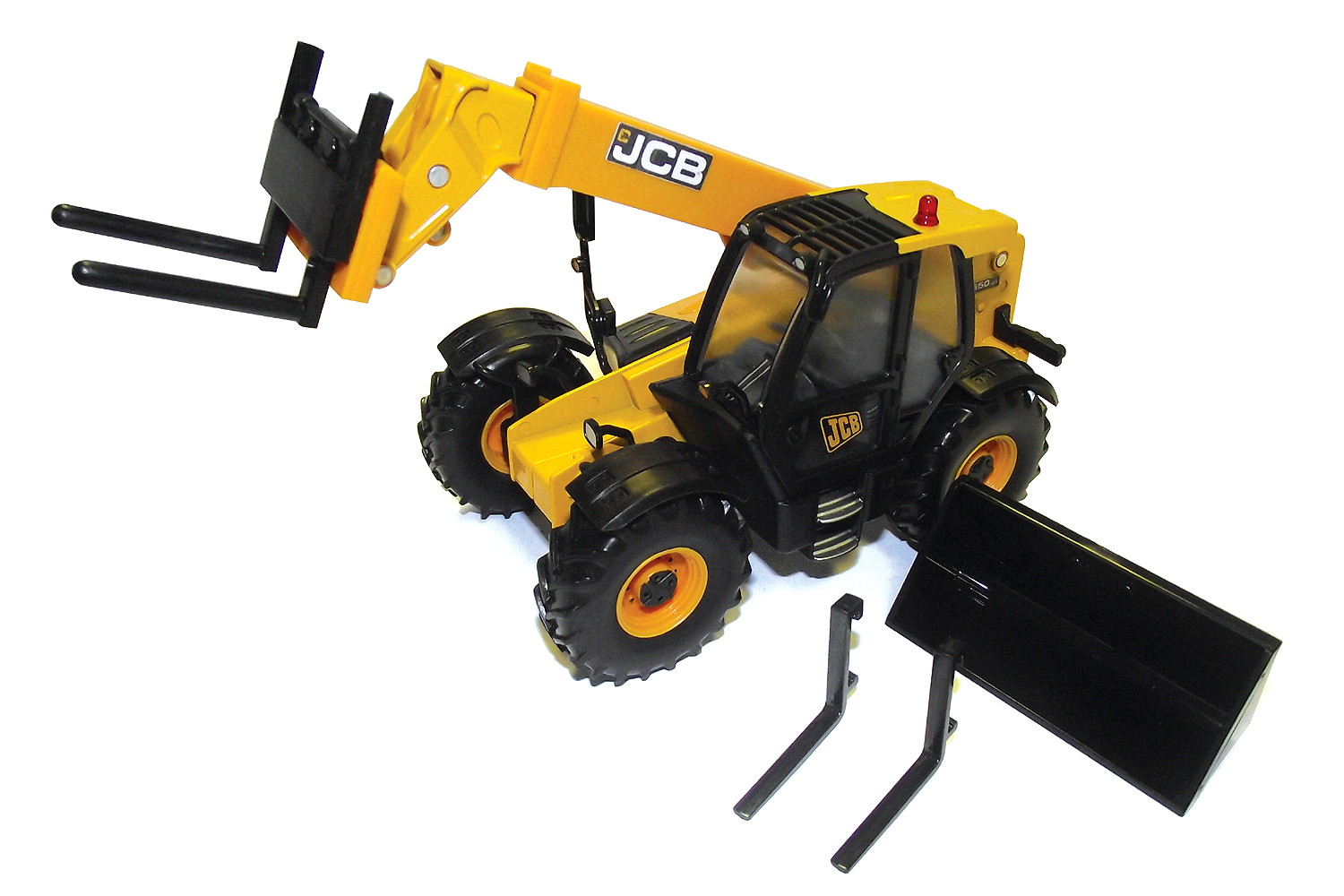 In the decades that followed Britains has greatly expanded its range to become one of the preeminent toy vehicle brands in the UK, celebrated by younger fans and collectors alike for its incredible range of classic toy farm vehicles and diggers.

In 1997 Britains was acquired by US die-cast maker ERTL. Today both brands are secure under the ownership of Japanese toy giant Tomy. So fans can look forward to more Britains digger toys in years to come.

Bruder Toys began trading in 1926 and now ranks amongst the biggest privately-owned toy makers in the world. 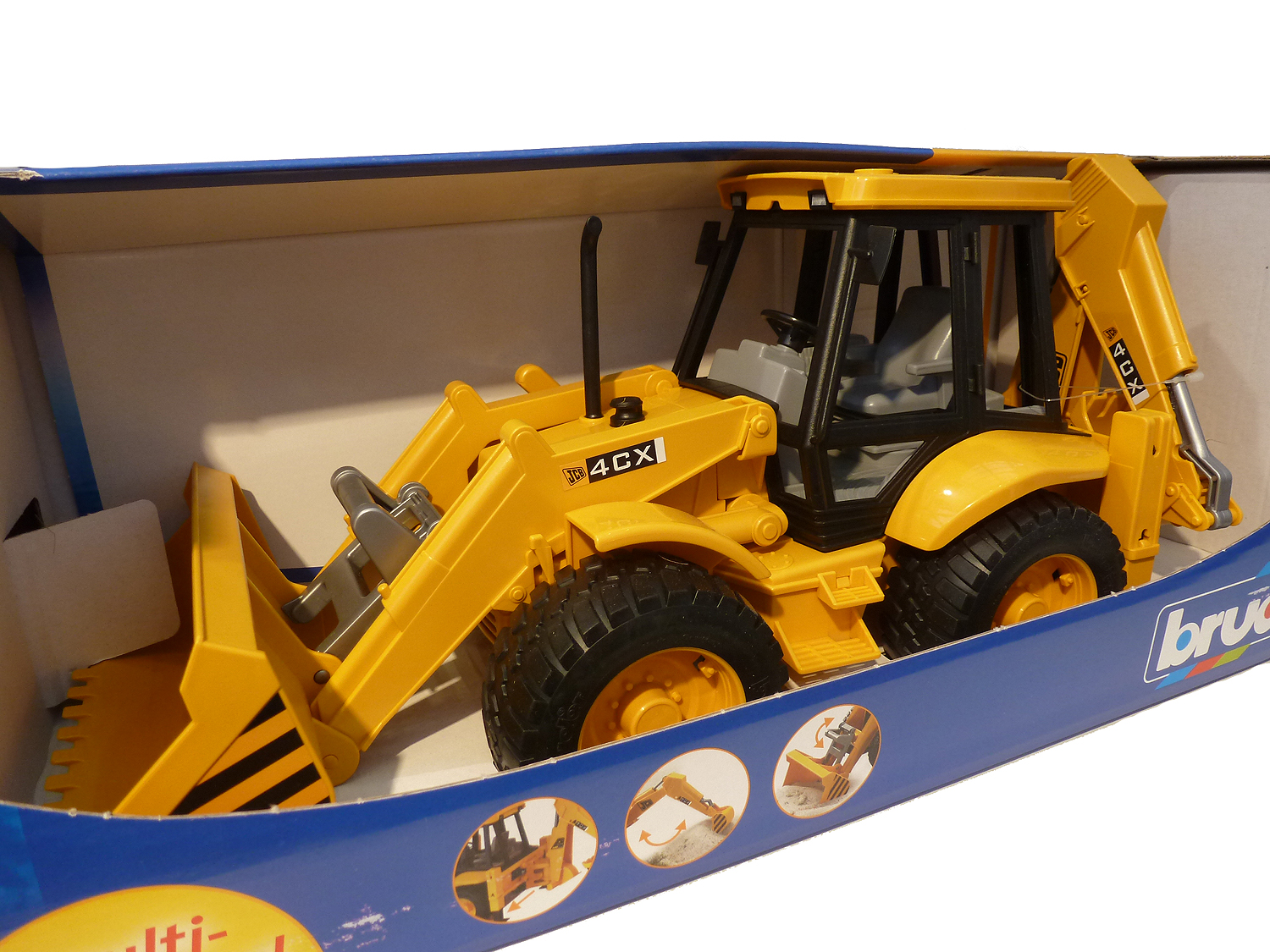 Today the Bruder plant employs over 350 people and is located in the small Southern German town of Burgfarnbach. Bruder use the very latest computer aided design techniques, state of the art machinery and even robotics to ensure that the whole manufacturing process is carried out in-house.

The Bruder company slogan is ‘just like the real thing’. The philosophy of the company is to produce vehicles with realistic mechanical functions. Bruder believe that the realism of their toys gives more enduring play value.

Bruder toys have enormous strength and playability coupled with the precise detailing and working functions you would expect to find in a scale model. The plastics used in Bruder toys are the same as those used in car manufacturing.

Many Bruder vehicles also come with a range of accessories. Reassuringly, the Pro and Roadmax Series even have their own ranges of spare parts should replacements ever be needed.

Bruder has a well-earned reputation for quality and precision, making their diggers and excavators highly prized amongst collectors and kids alike.