Dexter the Digger is no exception. Its chief features are its motorised action and its superb mechanical digging arm. The motorised action provides a satisfying engine sound and means that with even the gentlest push the digger trundles along easily on its four rugged wheels. 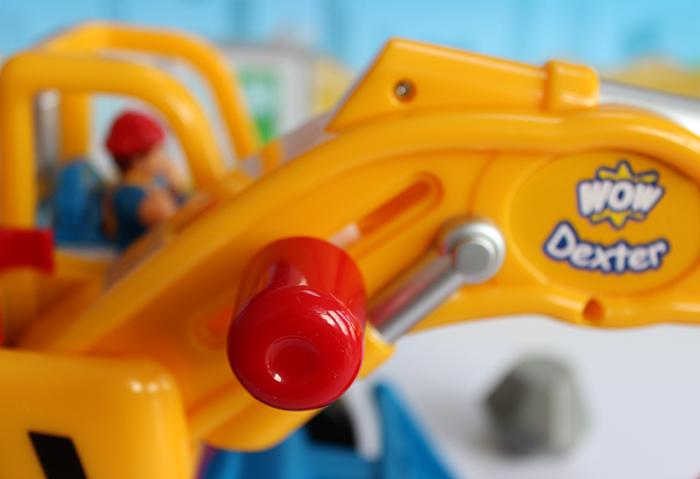 Dexter’s digging arm pivots in two places and can be locked in an upright position. Very cleverly, his bucket also pivots up when his arm is retracted, which can either be done manually or with the easy-to-use lever. This gives Dexter an ideal digging action for playing in the sandbox or back garden.

Kids want a digger that they can actually dig with themselves and Dexter the Digger’s cleverly constructed mechanical arm is robustly designed to allow this. The hard plastic used in its construction is reassuringly sturdy. 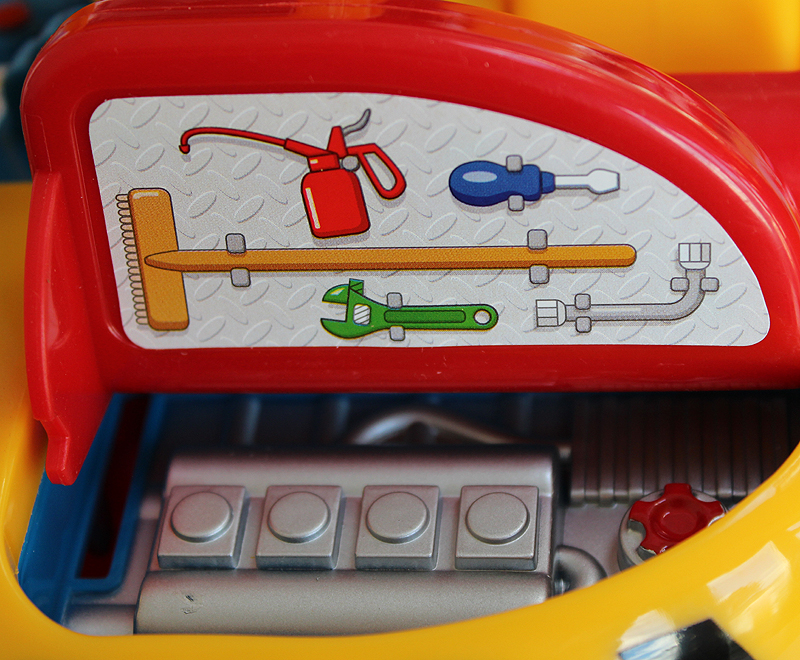 As well as being tough, Dexter the Digger is also extremely tactile. Push the button at the back of the driver’s cab to reveal a hidden flip-up engine compartment.

Dexter comes with a driver and three useful boulder accessories. The digger driver can be easily sat in the detailed cab which has all the controls and gauges to hand. He even has a detail showing his lunch – two sandwiches and a banana!

The three boulders all make a satisfying rattle when shaken. The boulders can either be scooped up with the digger’s arm and bucket or else bulldozed along with the solid blue blade at the front of the digger.

Dexter the Digger doesn’t need batteries and he requires no assembly. He even includes a collector’s leaflet showing the full range of Wow Toys available which doubles as a colouring-in sheet.

Wow Toys also offer a smaller backhoe-style digger called Lift-It Luke which would be an ideal companion to Dexter.

Dexter the Digger by Wow Toys is, quite simply, our number one choice in preschool toy diggers and highly recommended. 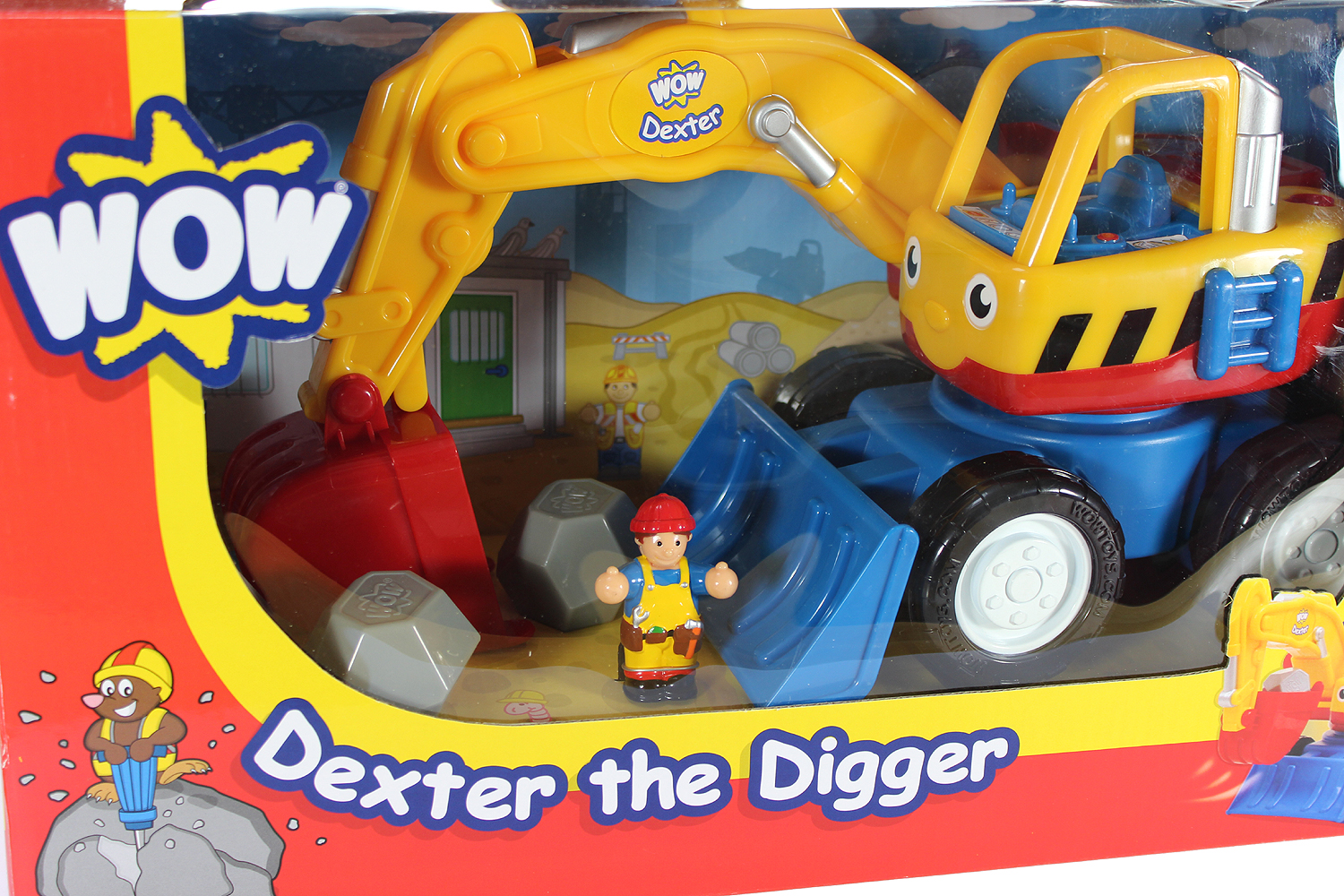