The name John Deere is as synonymous with farm diggers as JCB is to construction site diggers. The company’s green and yellow livery is every bit as iconic as the classic JCB yellow.

The John Deere 8530 has a 9 litre 6 cylinder diesel engine and weighs in at well over 50 tonnes.

The Siku Toys John Deere with Front Loader is made of a combination of die-cast metal and plastic parts. 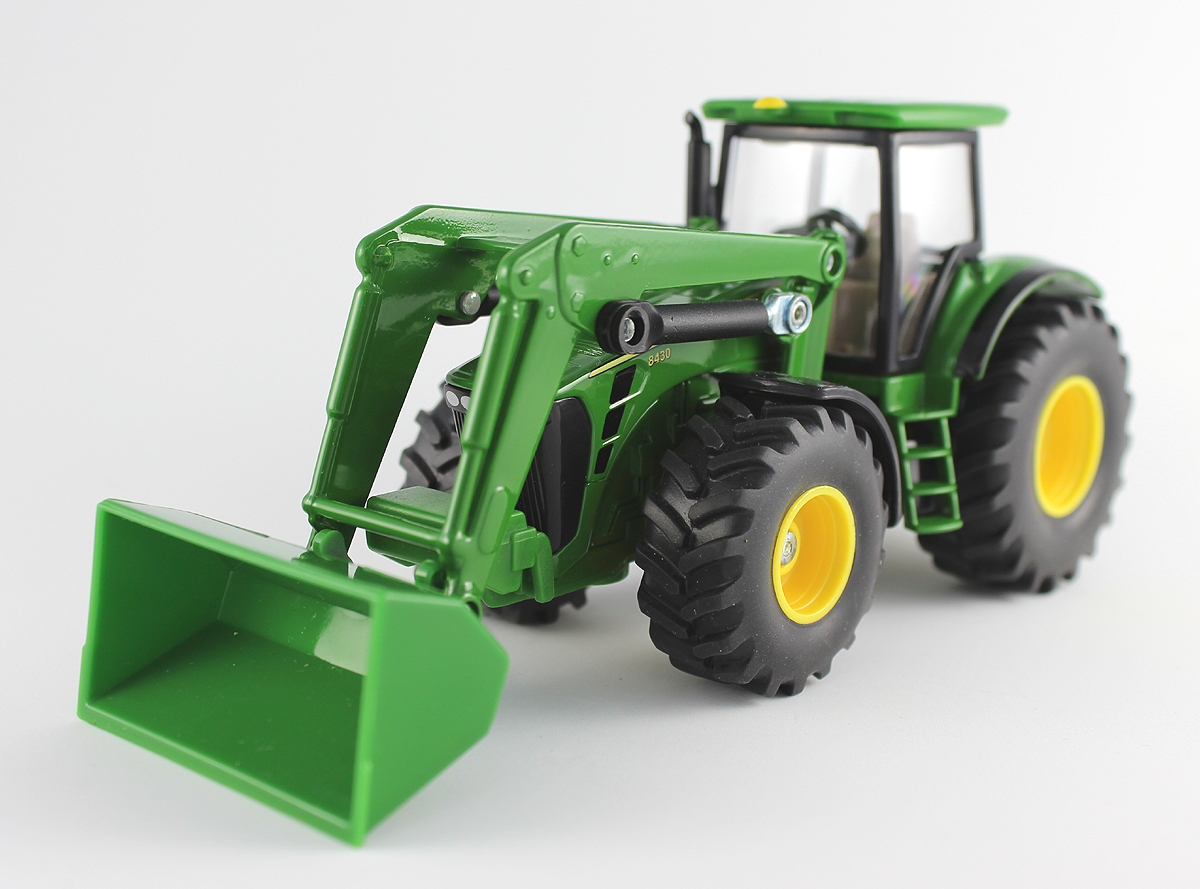 The main feature of this farm digger toy is the front loader. The loader pivots through virtually 90 degrees and the front bucket tips as well as locking into position when upright. 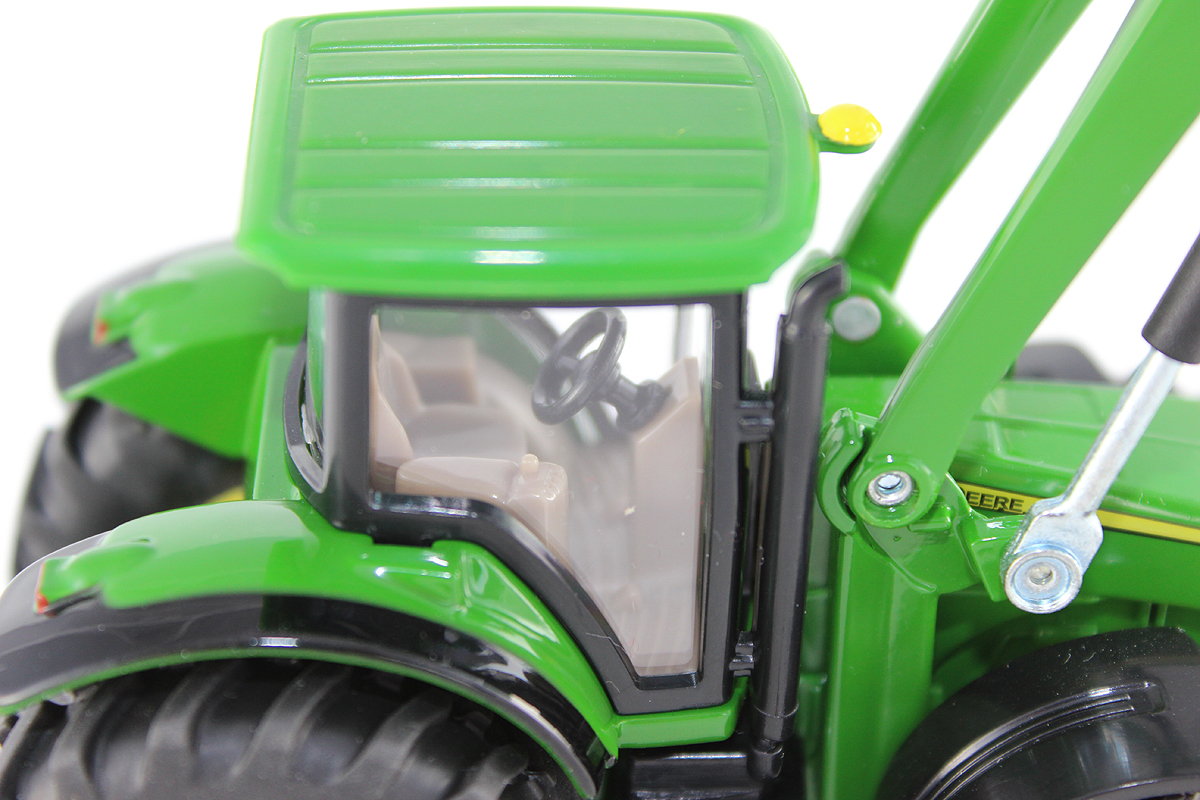 This is a free-wheeling tractor with each wheel moving independently. The tyres are solid rubber with the typical farm tread making perfect patterns when pushed through mud.

The JCB 4CX is a 1:16 scale digger by acclaimed German toy company Bruder. 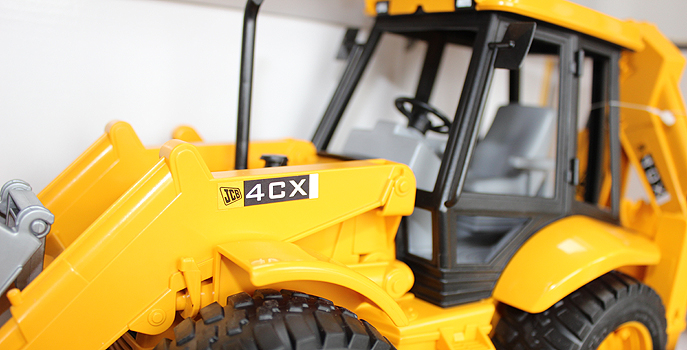 The 4CX is JCB’s most iconic and versatile backhoe loader digger.

The challenge of designing toy diggers is to get an acceptable balance between playability and realism at a price that consumers are willing to pay. Inevitably this leads to compromises. Over many decades, Bruder have shown themselves consistently adept at meeting these design challenges.

Officially licensed by JCB, the Bruder JCB 4CX has very good visual styling and incorporates many fun moving parts. The front loader can be operated with a lever on the side. The front shovel can also be operated independently by a separate lever.

To the rear of the digger, the backhoe slides from one side of the digger to the other. The boom, stick and rear bucket all articulate for ease of positioning and digging.

This is a free-wheeling digger on moulded rubber tyres. The steering wheel turns both ways, though it does not turn the wheels. 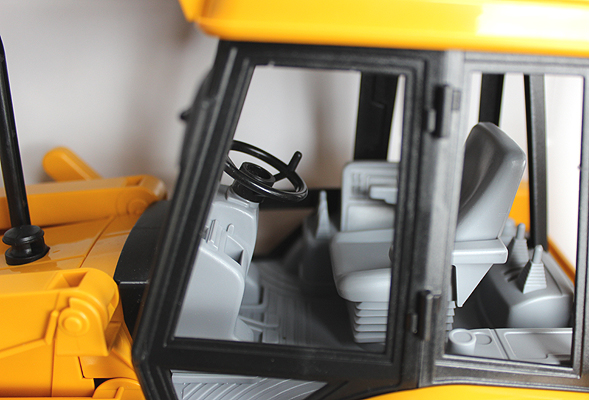 The entire operator station inside the cab is made of moulded grey plastic and includes interesting details such as levers, foot pedals and instrument housings.

The tractor unit measures roughly 24cm in length and stands around 18cm high. With the front loader and backhoe extended the digger doubles in overall length to around 50cm. Clearly, at roughly half a metre long this is no matchbox toy! If storage is an issue, then you may want to think again.

On the plus side, this is exactly the kind of toy digger you can take out, roll in the sand or mud, hose down and take back indoors again. Though it may lack the super realism of smaller die-cast models, the Bruder JCB 4CX takes an iconic backhoe loader design and makes it into a versatile and highly playable toy digger.